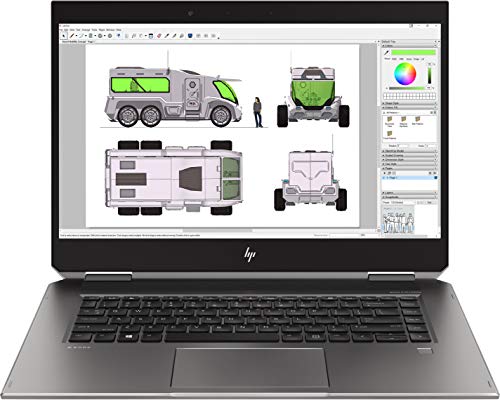 Its a powerful CAD workstation

With a multi-core CPU and dedicated graphics card, the ZBook Studio 360 G5 has everything you need to create the most stunning, realistic 3D designs. And the high resolution 15.6 inches screen is perfect for showing them off too.

With this ZBook Studio 360 G5's resolution of 3840 x 2160 pixels pixels, you'll have sufficient visual clarity to discern which video sequence makes the cut.

Continuously tweaking video clips requires a quite a bit of computing power. Which is why the memory size of 16 GB, the multi-core processor and the NVIDIA Quadro P1000 graphics card all combine to provide a level of performance that matches your needs

In addition, this laptop can be used night or day thanks to the built-in back-lit keyboard.

It also comes with the Memory card reader just in case you need an alternative option to move your creative work from one device to another.

Running editing programs such as photoshop is possible due to the inclusion of 16 GB of RAM and the 6 cores-core processor.

Even more, you can render your image and design work with ease as this laptops comes with a robust graphics card with a strong 3Dmark benchmark score of 4843 .

Basic games might need more than basic hardware. The ZBook Studio 360 G5 is a good choice for casual gamers, offering enough CPU power, RAM and storage to get the job done – hardcore gamers may need something a little meatier though.

Light, portable, and full-featured, the ZBook Studio 360 G5 is ideal for carrying between offices and libraries. You’ll have all the tools you need to research and write outstanding research papers and theses.

In addition to its excellent Advanced screen, this laptop comes with a 3840 x 2160 pixels resolution ensuring scenes pop with colour and great fidelity. Also, while watching in the dark, you can start, stop and skip through scenes using the backlit keyboard.

Whether you’re vlogging on YouTube, or putting together high-quality family videos, the ZBook Studio 360 G5 can meet your needs.

Give your Images the professional touch

The ZBook Studio 360 G5 is a high spec machine for professional photo and graphics work. Boasting a powerful 2.2 GHz processor and 16 GB RAM, along with a NVIDIA Quadro P1000 dedicated graphics card, this laptop will help you achieve the very best results.

With its wide selection of ports the ZBook Studio 360 G5 sits at the heart of your music production workflow. And with a total storage capacity of 512 GB hard drive, you’ve got plenty of space to store work in progress

Whether you’re coding HTML5, CSS or Javascript-based frameworks like AJAX, Angular or JQUERY the ZBook Studio 360 G5 is a very capable option. It's 6 cores core CPU and 16 GB of RAM helps you multi-task as you craft your vision on its high quality, 3840 x 2160 pixels screen.

Can handle a Full-Stack Coding Environment

Modern productivity apps like Office 365 and Google G Suite are relatively lightweight – but it never hurts to have some power under the hood. The ZBook Studio 360 G5 packs a decent Intel Core i7-8750H processor and 16 GB RAM so this is machine that will last.

Surf the web at speed thanks to the ZBook Studio 360 G5’s speedy b/g/n/ac WiFi interface.

Sending and receiving email is a relatively lightweight activity that the ZBook Studio 360 G5 can comfortably handle. It also comes with of total storage so you never have to delete a message or attachment again.

Social networking is relatively lightweight, so the low power 2.2 GHz processor is ideal. With 16 hours battery life, you can stay connected between charges.

With its 16 hours battery life, the ZBook Studio 360 G5 offers a good amount of freedom while moving from place to place around the house.

For anyone who works on the road, or outside the office, portability is everything. With a battery life of 16 hours, the ZBook Studio 360 G5 can go the distance for you while working on the move.

Lightweight and compact, the ZBook Studio 360 G5 boasts 16 hours battery life to keep you going while on short trips like the daily commute on the train or subway.

With an impressive run time of approximately 16 hours, the ZBook Studio 360 G5 will keep you entertained, or working, throughout the duration of your trip.

The 16 hours battery life in the ZBook Studio 360 G5 can keep you going while moving from one meeting space to another.

With a great run time of approximately 16 hours, there isn't a huge need to carry a charger each time your about.

Not the smallest laptop, but this is a good choice for when you don't want a full-size PC. The ZBook Studio 360 G5 works just as well on your lap or a desk.

The ZBook Studio 360 G5 is a great choice for when you need a good value, reliable laptop that won't be carried around too often. It’s not the smallest or lightest, however the 2.3 kg weight is enough to get the job done.

This laptop can be used night or day thanks to the built in back-lit keyboard.

Ensure everyone can see your presentation with the 1 . With an 1 and several you will always be able to connect to an external projector or screen.

The ZBook Studio 360 G5 combines style and power to create a laptop that really stands out. Clean lines, high quality materials and a pristine finish ensure that this machine will turn heads.

The ZBook Studio 360 G5 has got the traditional corporate look and will definitely blend in within the enterprise environment.

Pro-grade performance meets versatile design in the form of the HP ZBook Studio360. Powered by a 2.2GHz Intel Core i7 six-core processor, this beast of a laptop is capable of handling the most demanding of programs and applications. 16GB of DDR4 RAM ensures smooth multitasking and rapid loading times, whereas the 512GB SSD provides plenty of space for all your digital files. The 15.6-inch display features 4K resolution and also functions as an intuitive touchscreen that adds a new dimension to your productivity and efficiency. The unique 360º hinge allows for the comfort of a laptop, convenience of a tablet and the luxury of additional modes to adapt to any situation. The portability begins with its slender body frame that weighs just 2.25kg, whereas the outstanding battery life lasts up to 16 hours without needing to recharge. With the help of Bang & Olufsen, the dual speakers have been optimized for a further immersive entertainment experience. Topped off with a sleek black finish, the HP ZBook Studio360 is the convertible laptop that delivers professional-level power. 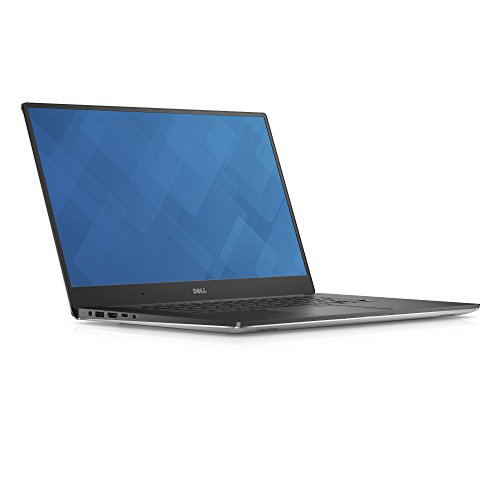